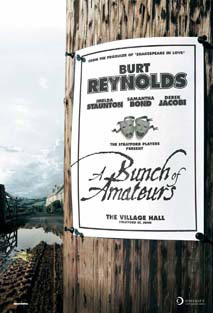 ‘A Bunch of Amateurs‘, a feature film shot in the Isle of Man this year has been chosen as this year’s Royal Film Performance which the Queen will attend.

The film, a comedy drama, was shot in the Island in February and stars Burt Reynolds, Imelda Staunton, Sir Derek Jacobi and Samantha Bond. DTI Minister David Cretney says he’s absolutely delighted ‘A Bunch of Amateurs’ has been chosen for such a prestigious occasion. The film goes on general release on December 19.