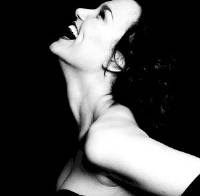 HAVING her name up in lights in London’s West End doesn’t seem to faze Laxey teenager Samantha Barks. And yet the 19-year-old has landed one of the most coveted roles in Theatreland.

Sam, who shot to fame as a finalist in the BBC’s I’d Do Anything, is currently playing Eponine in Les Miserables, at the Queen’s Theatre in London’s West End. She has a year long contract.

Sam said she ‘auditioned and auditioned’ for roles after finishing her stint as Sally Bowles in the touring production of Cabaret last year. She also did panto over Christmas and New Year.

Then she landed the Disney series Groove High and after that, through her agent, she heard about the Les Miserables audition and the rest is history.

She made her first appearance as the tragic Eponine on June 21.
‘It’s all going so well,’ said Sam. ‘It’s such a joy to be part of a classic musical like Les Mis.’

The cast are gearing up for the Les Mis 25th anniversary celebrations at the O2 Arena on October 3. Sam was one of those chosen to sing in the concert and she’ll be joined by Ramin Karimloo (currently playing the Phantom in Andrew Lloyd-Webber’s Love Never Dies), Nick Jonas, Lea Salonga, Camilla Kerslake and Matt Lucas.

Sam was hand-picked by Les Mis producer and theatre impresario Cameron Mackintosh to play Eponine in the O2 concert. Mackintosh first encountered Sam during I’d Do Anything – Oliver! is one of his productions – and the singer obviously caught his eye.

If the UK tabloids are to be believed, he’s not the only one whose eye has been caught. Sam has been seen out and about with Les Mis co-star Nick Jonas. She has stayed mum about the situtation so far but speculation is rife about their relationship and the resulting tension between Sam and another cast member Lucie Jones, a contestant in the last X Factor series, who has also been linked with the clean living Disney star.  More