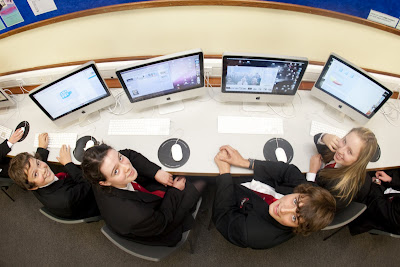 Isle News, 30 September 2009 – Manx Telecom recently completed the incorporation of the entire Department of Education’s communications infrastructure into the Connect Mann network. The £1m project, which began in 2008, was completed mostly during school holidays and at weekends and means that schools and education establishments across the Island can now take full advantage of the latest technology.

Prior to the project, the Department of Education’s IT network was the only part of the government’s activity which wasn’t part of the Island- wide Connect Mann network. Early in 2008, the Department of Education sought Tynwald’s approval to renew its information communications technology infrastructure. A new network was needed which would be faster, more secure, and which would be able to cope with the increasing demands placed on it by the Island’s teachers, pupils, and educationalists.

The size and scope of the project was considerable. The new network needed to provide around 1,000 teachers and 12,000 students with email, internet access, administrative processes, and educational applications, plus link together all schools and other educational locations. In all, the project involved linking 35 primary schools, 5 secondary schools, plus some 24 other offices and locations, such as youth and outreach centres.

“‘While we have undertaken projects of this size before, said Manx Telecom Project Manager Dave Minay, “we had a very short window in which to complete the work.” This meant that we had to undertake a considerable degree of advanced project planning to ensure that we utilised every minute, when the schools were closed. There was no margin for error or delay, everything had to be installed, and working when the students returned.”