Valerie Caine Posted on February 10, 2014 Posted in Uncategorized
After the success of the first Manx Language App, Learn Manx, produced by Culture Vannin (formerly the Manx Heritage Foundation) with financial support from the local mobile phone business Sure (Isle of Man), a second App, Manx Songs and Rhymes, is now available to download on Google Play and the iStore.
It’s promoted as an ideal introduction to the Manx language and is based on the popular booklet and CD produced a few years ago entitled Roie Mygeart, by the Manx Gaelic nursery organisation Mooinjer Veggey. 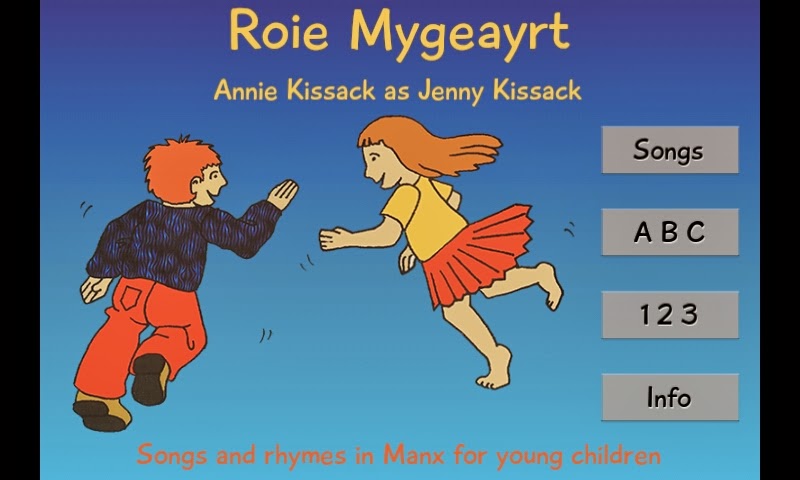 Financed by Culture Vannin and the Gaelic Broadcasting Committee, it’s a free inter-active song book of 34 songs and rhymes in Manx Gaelic using karaoke style text, audio and English translation. A dictionary of key words and sayings is voiced by a number of young Manx language speakers, with an introduction to numbers also available.
Adrian Cain, Manx Language Officer for Culture Vannin, commented, “This is another example of just how dynamic and cutting edge the language movement is at present. Hopefully, this App will introduce a whole new group of people, young and old, to the language”.
Valerie Caine
© February 2014