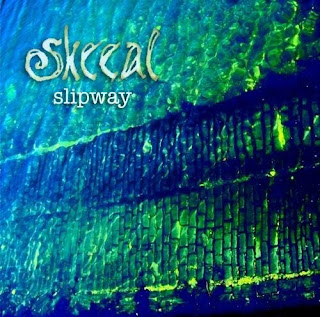 Manx traditional band ‘Skeeal’ launched their latest CD ‘Slipway’ at the Masonic Hall in Peel.
Skeeal’s second CD explores many aspects of the band members own lives, not only drawing on personal experience or family reminiscence, but also reaching into their relationships with other people and places.
As a diverse group of singers and musicians not only from the Island, but Wales and Australia (with Scottish influence), each of them brings a different slant to both the songs and music on this CD. ‘Skeeal’ has its own unique sound, an interesting blend of voices and that wonderful combination of contrasting flutes which ensures positive identification.
‘Slipway’ incorporates a rich mixture of established Manx traditional tunes, a selection of newly written material and the integration of tunes and songs from friends and neighbouring countries.
There’s plenty of information about each item on the CD, explaining how and why they were chosen for inclusion, appropriately in both Manx Gaelic and the English language.
www.myspace.com./skeeal
Valerie Caine © January 2010