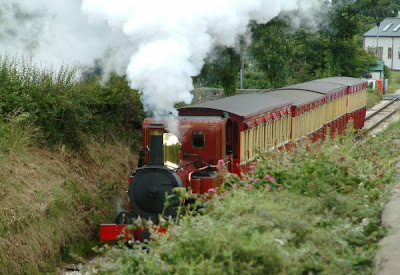 Trams and rail to be cut back this year

as tourism bosses struggle to balance the books.

The Steam Railway and Manx Electric Railway will be running again from Monday April 6, with the Snaefell Mountain Railway operating from the beginning of May.

A delay in publishing the 2009 timetable has come under fire from enthusiasts who claim the Isle of Man could have lost some invaluable free publicity as details of services were unavailable for inclusion in a guide to heritage railways produced by Ian Allan Publishing which gives out 100,000 free copies via their Hornby Magazine and Railways Illustrated magazine to readers all over the UK. Which means — more room for the Homecomers in July!