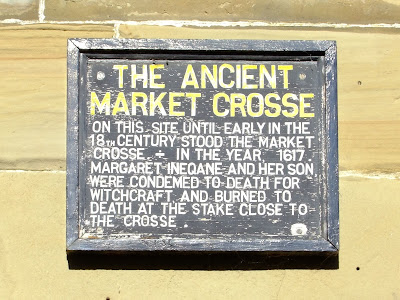 A ground-breaking new film, spoken entirely in Manx Gaelic, will be premiered at the Broadway Cinema in Douglas as part of the MannIN Shorts series before being shown at various Island locations, Celtic festivals and film festivals around the world. 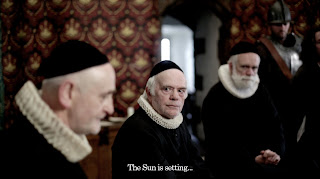 Based on the true story of Manxwoman Margaret Ine Quane (or Quaine), who along with her son was accused of witchcraft and sentenced to death, it’s taken from an original script by Nathan Russell-Raby who was struck by the power of her story whilst on an organised Ghost Walk around Castletown. The use of the prefix Ine was a common practise prior to the mid-seventeenth century and was a Gaelic contraction meaning ‘daughter’, which later fell out of use. 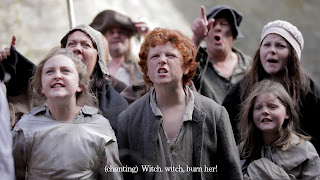 As the film is set in 1617, Director and Producer Andy North felt it would be more appropriate to use the Manx language as English wasn’t widely spoken at that time, but this provided new challenges as he explained, “First we had to find actors who either spoke Manx or who were willing to learn their parts in a new language; a daunting task for any actor or actress. At the auditions we wanted to see powerful performances, especially from the women who would play the lead part. We therefore asked all the actresses for a blood-curdling scream. However, being a really hot day we had all the windows open and soon found the building surrounded by Police who had been alerted by a concerned member of the public!”
The film, which was planned over a six month period, and used the backdrops of Cregneash, Castle Rushen and the White Beach (south of Niarbyl), brought together a large number of talented individuals, but with almost a week’s worth of filming in the can it would be another year of editing before this emotional story graced the cinema screen.
Important historical documents in relation to the original story are no longer available, and most of what remains about this tragic tale has been passed down through local folklore, but it still made an impact on Andy and his colleagues who were saddened by the way religion, or dogmatic beliefs, turned people into killers.
A plaque displayed on the Smelt Memorial in Castletown (where once stood the market cross) records how Margaret and her son were burned to death near to this site in the old capital.

Adrian Cain, Manx Language Development Officer for the Manx Heritage Foundation, commented, “Such a high profile and professional production illustrates what a vibrant position the language finds itself in at present. Manx Gaelic Medium education to apps and films in the language are all illustrative of just how far we have come over the last twenty years.”