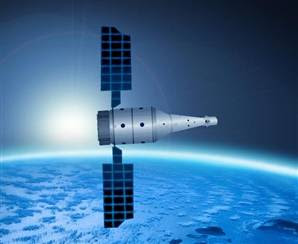 Excalibur Almaz Limited, based on the Isle of Man, has acquired several Reusable Return Vehicles, or RRVs, spacecraft initially designed for flying cosmonauts to the former Soviet Union’s super-secret Almaz space stations of the 1970s, the firm announced Tuesday at the Moscow Air Show in Russia.
www.spaceisle.com for more about the IOM and space

An artist’s conception shows the Excalibur Almaz
Reusable Re-entry Vehicle, or RRV,
which is based on formerly top-secret Soviet military technology.