Kelly McCarthy Posted on June 10, 2011 Posted in Uncategorized
If you look at these two World Manx Association logos you will see the difference between the 1920s original and the post-war version. The swastika was discontinued presumably because of the negative Nazi connections. It was originally present in its innocent sense as a symbol of good luck and success. The three legs were a perfect replacement and thinking about it, probably should have been there from the beginning. 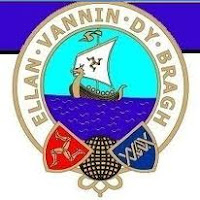 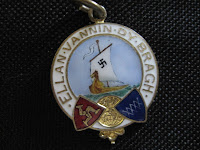