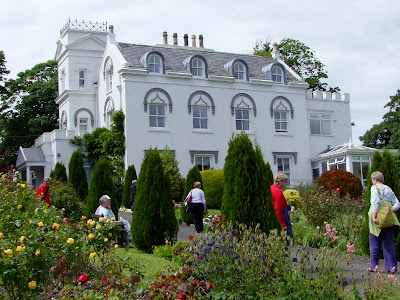 Although Parville House remains in private ownership, the extensive gardens which form part of the estate were open to the public this month, with an opportunity to explore the grounds and help raise funds for the Caroline Pettit Trust, a charity devoted to the restoration of this fine, historical building. 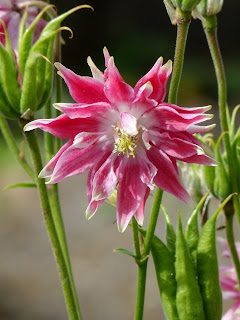 Situated alongside the main road in the village of Ballabeg in the south of the Island, the Parville estate is of interest to Manx historians and was first mentioned in the Manorial Roll in 1587 as ‘a cottage and croft owned by John Parr’. The Parr family originated from Lancashire and were one of several families who migrated to the Island from the English county following the establishment of the Stanley family as Lords of Mann. They subsequently held a number of important positions within the political and ecclesiastical framework of the Island, with Richard Parr awarded the position of Bishop of Sodor and Mann.

The name Parville, derived from a combination of the family name with the Latin word ‘villa’, remains unaltered but the property has changed hands several times during the intervening years and has been subject to a number of architectural modifications, although the core of the building is believed to date from the mid to late seventeenth century. Recent alterations to the house include new dormer windows.

Visitors were able to wander through a selection of gardens, each holding their own
charm and appealing to both the committed enthusiast and those who prefer a more 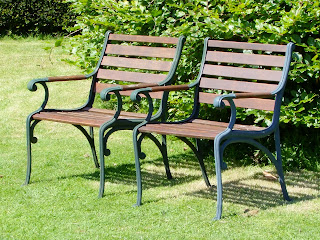 natural setting. The main garden, which separates the house from the road, was a riot of colour and although originally walled on all four sides was liberated many years ago by a previous owner. Most of the restoration to date has been dedicated to the main garden, the design largely coming from Mrs Pettit and her son-in-law, photographer Mycl Corrin, including allotted paths and a new bridge spanning the nineteenth century waterway. Mrs Pettit who still resides at the house is herself a keen plants’ woman, and has devoted many hours to developing new foliage throughout the grounds, with some influence from her native Sweden; she also designed the magnificent gazebo in the south-east of the garden. The stream has been dammed to create a wildlife pond, and beyond over a small bridge visitors were invited to take a relaxing walk through the naturally developed Parville Glen, ending with the colourful wild flower meadow.
Further developments are on-going with the construction of a Parterre to replace an
old greenhouse and the remains of a number of soft fruit beds, and the creation of a
new kitchen garden at the rear of the house.
Valerie Caine
© June 2012 (inc. photos)
(Courtesy of Manx Tails)