Talking nonsense at the UN

I expected better of UNESCO – as one of the UN’s smarter ideas it usually manages to convince me that the tax dollars they spend are at least doing something useful but this is tosh. I’m sure there are more than a few native Manx speakers who would like to have told Stephen. A. Wurm just exactly how dead they feel. Sadly, they can’t as, ironically, the professor has himself just died. However, if you feel as ticked as I do, why not write to Sophie below and point out that not only is Manx existent, it’s thriving: 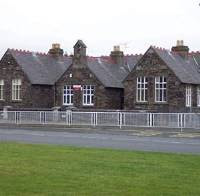 As the IOM Today site has it, the news may come as a surprise to the pupils of the Bunscoill Gaelgagh in St John’s, who are taught in Manx!

ATLAS OF THE WORLD’S LANGUAGES IN DANGER OF DISAPPEARING
New revised edition
By Stephen A. Wurm