↓ Skip to Main Content
Home › Uncategorized › The Boys are back in town!!!! 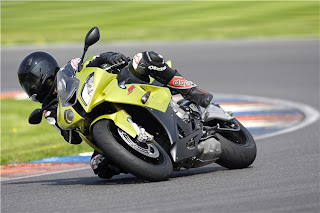 BMW are set to make an historic return to the this year’s Isle of Man TT.

The German manufacturer will be contesting in the Superbike and Senior races in 2010, further increasing the number of manufacturers participating in this year’s event.

BMW has recorded 30 TT wins since their debut in 1937; the company last contested at the Island in the late 70s, with riders Helmut Dahne and Hans Otto Butenuth.

Penzkofer, 34, made his TT debut last year, when he achieved a personal best lap of just under 120mph, leaving the Island with two bronze replicas. He commented:

“To be representing BMW on their return to the TT is a tremendous honour for me and after my debut last year I can’t wait to return to the Mountain Course. Riding the Superbike will obviously present a new challenge but the bike is superb and that, combined with my own improved knowledge of the course, should see us able to make a good impression. Troy Corser and Ruben Xaus have proved in World Superbikes that the bike is competitive and we hope to do the same at the TT.”