The Evils of Holding ‘Ill-Veries’ 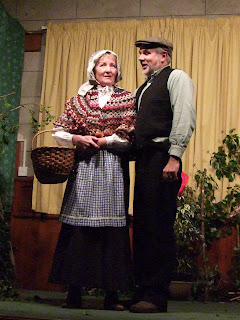 Once a popular event on the Manx calendar, the attraction of the annual Oie’ll Verree has dwindled, although its parochial charm still attracts a dedicated, but small audience to a handful which have survived across the Island, but cultural field worker Stephen Miller has unearthed some interesting historical comments about these gatherings, which were not always looked upon favourably.

Their association with the unique Manx Carval is highlighted during a meeting of the Manx Methodist Conference held at Ballakaneen, Andreas, during October 1817, when the evils of holding ‘Ill-Veries (sic) clearly became a lengthy talking point. Roundly condemned by the majority present, with the exception of two or three individuals who pleaded their case, the Oie’ll Verree was said to be contrary to the Lord’s words. They objected strongly to the singing of a Corral (sic) (Carval), twenty or thirty verses in length, with some verses making no sense at all. This would continue for several hours and according to those at the Manx Methodist Conference attract ‘the worst of characters’.
Held on the eve of Christmas Day, the Oie’ll Verree was associated with the lower classes, attracting servants and labourers who sat in the rented pews of their masters. The resident Vicar, or Rector, would leave the building as the singing commenced, some of the Carvals self-composed, with the women of the audience clutching parched peas to throw at any unfortunate singers who were felt not to be not up to scratch!
Occasionally their merriment got out of control, and in 1705 Messrs Fry and Caine were sentenced to a day’s confinement in the Crypt of St German’s Cathedral on St Patrick’s Isle. But their incarceration does provide us with possibly the earliest known date of the Oie’ll Verree, or Oie’ll Voirrey as it’s sometimes known. 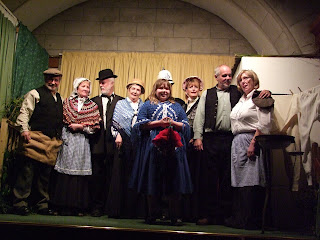 The Rector of Ballaugh, Rev. Moore, also found himself the subject of discontent in 1758 when, too ill to attend to his duties with regard to the ‘Ill-Verry’ (sic) his house was surrounded by a hostile crowd and attacked with stones.
Stephen Miller describes Carval singing and the composition of such songs as ‘a remarkable insular phenomenon’, with the explorative text a body of vernacular Manx worthy of further study.
It has also become apparent during his research that originally ‘Hunt the Wren’ took place on the 25th December, but shifted to its current position on St Stephen’s Day sometime during the eighteenth century.
But a number of the older Manx people still cling to the dates of the old calendar and in some rural pockets of the Island you will find the renowned Oie’ll Verree still taking place at the beginning of January.
Valerie Caine © December 2011 (inc photos)