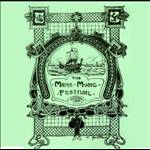 The festival – known as the Guild – gives hundreds of youngsters and adults the opportunity to show off their skills in singing, playing a range of musical instruments, public speaking and bible reading.

Starting on Friday, the past week has seen drama and fantastic performances on a daily basis at the Villa Marina.
The Guild was formed in 1892 by Miss ML Wood who introduced choir competitions into the Isle of Man Fine Art and Industrial Guild.
A special bust of Miss Wood has been made in celebration of 120 years by sculptor Stephanie Quayle and has been on show in the Villa throughout the festival.
With more than 1,800 entrants competing in about 160 classes, the competition is the biggest music festival event in the island’s calendar. 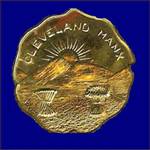 This year has even seen the event branch out into Europe, with an entry from brass band Ubernuntern from Austria.

The climax of the festival will take place on Saturday evening when winners of six special solo classes, held during the week, will compete for the Cleveland Medal – the highest award in Manx singing – a gold disc which is traditionally given every year by the Manx Society of Cleveland, OH at the end of the Manx Music Festival.
The line-up for this year’s Cleveland Medal is:
Brothers John and Terry Qualtrough will be there along with contralto Jane Maine. All won their special voice classes yesterday. Simon Bampton won special tenor solo class. Olivia Black won the special soprano class and mezzo soprano winner was Mandy  Griffin .
Here