↓ Skip to Main Content
Home › Uncategorized › THE Isle of Man is getting its own version of Monopoly.

THE Isle of Man is getting its own version of Monopoly. 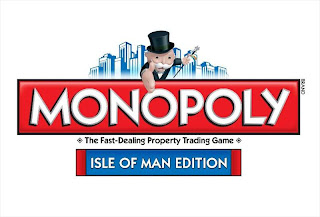 Woo hoo! We love Monopoly!
The Island will be immortalised in the popular family board game with around 30 Manx landmarks replacing the likes of Oxford Street and Park Lane.
Winning Moves UK, the manufacturers of this version of the game which is under license from Hasbro, has said the game will be on shelves in time for Christmas.
Mark Hauser, the licensing director at Winning Moves UK, said: “We are delighted to be making this announcement. The original streets on the traditional London board will now take on a distinct Island twist – but we need the public’s help to do this and would be very grateful for suggestions.”
Local people have been asked to nominate landmarks to fill the board. The public have been invited to offer suggestions in general for the board as well as offering particular suggestions for the board’s most expensive site – Mayfair.
Landmarks which could appear on the board include Castle Rushen, the TT Grandstand, the Tower of Refuge, the Fairy Bridge, the Isle of Man Railways and even Jurby Prison.
As well as the property sites there will be other changes from the original Monopoly board. Some of the Chance and Community Chest cards will also be customised to reflect the flavour and feel of the Island.
The playing pieces could also be changed with a suggestion that the dog playing piece could be changed to resemble a Manx cat.
Mark continued: “All suggestions will be welcomed. Without the Isle of Man public this board could not be produced.”
Voting for the Isle of Man Monopoly board starts at 12pm today (Wednesday) and ends at 12pm on June 8.
To register your vote click here or e-mail suggestions toisleofman@winningmoves.co.uk.
From http://www.isleofman.com/News/article.aspx?article=36245