The Isle of Man Railway – The Travellers’ Companion

Kelly McCarthy Posted on May 18, 2011 Posted in Uncategorized 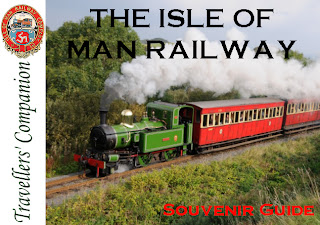 Published by the Isle of Man Steam Railway Supporters’ Association this souvenir guide will appeal to both the committed enthusiast and the occasional passenger.
Compact and colourful this slim, but informative volume, packs easily into a knapsack for reference and includes bite-sized paragraphs about the history of the Island’s railway. It briefly charts the steady decline of the Manx railway network during the 1950s and 1960s, but paints a positive picture about the southern line which remains today.
Bursting with colourful photographs of proud engines and black and white images of yesteryear, this aptly named companion helps the traveller to take ‘a trip along the line’ by way of its pages between Douglas and Port Erin. However, there’s nothing like taking the actual journey itself as you steam towards Port Erin, where the book encourages its readers to visit the local railway museum situated next to the station.
And for those who like a little more detail about the engines there’s a comprehensive listing of the locomotive fleet with short biographies nestling within its back pages.
Priced at £5 ‘The Travellers’ Companion’ is the perfect memento of your trip on the Island’s historical railway. The book is available from the Isle of Man Steam Railway Supporters’ Association, the Railway Museum at Port Erin, or from manned stations on both the Steam Railway and the Manx Electric Railway routes.
www.iomsrsa.com
Valerie Caine © May 2011