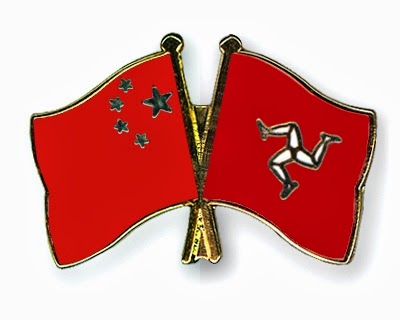 Chief Minister Allan Bell MHK described the intensive programme of political and business meetings, receptions and media briefings as ‘positive and productive’.
The visit concludes in Shanghai today (Friday) and Mr Bell said efforts would now focus on converting the high level of interest generated over the past five days into new business and investment opportunities for the Island.
The delegation has been successful in moving forward three significant Memoranda of Understanding (MOU):

The Chief Minister said: ‘The Chinese people have been very open, friendly and eager to learn more about the Isle of Man’s business proposition across a range of sectors. It takes time to develop links in China and personal contact is essential. I believe this delegation has helped to build trust and understanding, and further cement the Island’s relationship with one of the world’s economic superpowers.’

He added: ‘We need to recognise that the Isle of Man is in a fiercely competitive environment when it comes to attracting new business. Everybody is targeting China as it is on course to become the largest economy in the world within the next few years. There are huge opportunities to benefit from that growth, even for a small nation such as the Isle of Man. That is why missions of this nature are so important.’

The Isle of Man delegation, which comprised senior government officials and prominent members of the business community, hosted a series of meetings in Beijing, Tianjin and Shanghai.
The programme included official engagements with the China Ship Owners’ Association, Ministry of Commerce, Chinese People’s Association for Friendship, Chinese Securities Regulatory Commission and the Shanghai Federation of Industry and Commerce.
There were also official receptions in Beijing with the British Ambassador to China, His Excellency Sebastian Wood, and Brian Gallagher, the embassy’s commercial counsellor and director of trade and investment; and in Shanghai with the British Consul-General Brian Davidson.
Chinese politicians and business leaders heard about opportunities in a number of island industries, with particular focus on financial and professional services, shipping, insurance and manufacturing.
The Chief Minister said: ‘The Isle of Man can offer unique advantages for Chinese businesses seeking to expand into the UK and Europe and we were able to promote those benefits during our busy schedule of meetings.

‘Economic growth remains my top priority for the Island to sustain job opportunities, living standards and funding for public services. That’s why I’ve been so encouraged by the success of this delegation.
‘There is still a lot to do, but the Government and private sector are committed to working together to bring more Chinese business to the Isle of Man.’

This story comes from Isle of Man Today.