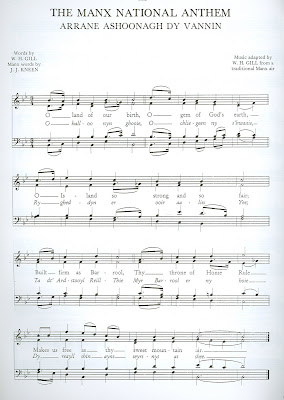 After a rousing version of the Manx National Anthem at the Washington Manx’s 12th Night Party on Saturday, Jim Kneale, NAMA’s webmaster has put some music on our website, including the MNA. We had a great afternoon, starting off with a Viking in full regalia, sweeping out the Old Year and bringing bread, coal and money to usher in food, warmth and prosperity for 2009. We had a big old potluck supper with Manx and celtic music played by Na Maraghan who accompanied singer Kelly Crenshaw. and we played, “Hunt the Cat’s tail” and “Pass the Parcel” — Sunday School and parlor games from the past. It was great fun and we can boast around 15 under-20s who turned up and actually ENJOYED themselves and didn’t roll their eyes once. Click here for the NAMA site and here for the Manx National Songbook.