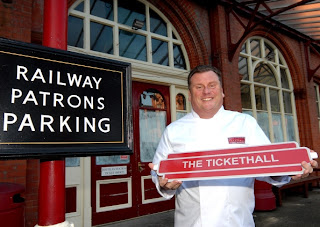 Mr Quirke, a trained chef, moved to the island in 1992 as hotel services manager for the Steam Packet. He said since then he had been ‘quite heavily involved with the hospitality and catering scene in the island’.

He had the lease at the Manx National Heritage site The Sound Cafe in 2002. And he has helped to showcase Manx produce at a variety of events, such as the BBC Good Festival, in Birmingham.
He said he was responsible for bringing the Hairy Bikers to the island and he looked after celebrity chef Gino D’Acampo when he came to Isle of Man Food and Drink Festival, held in the Villa Marina Gardens last September.

Nigel and Nicky Kermode had run Greens – an exclusively vegetarian restaurant – for 21 years before it closed on December 23.