The White Boys are Resurrected 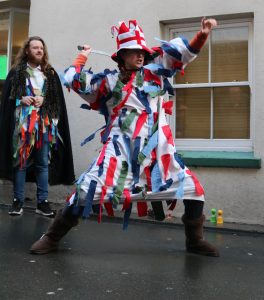 After an absence of a number of years, two sets of entertainers historically known as The White Boys, brought back the traditional Manx version of the mummers play to the towns and villages of the Isle of Man.

Although not distinctive to the Island, it’s loosely based on a version of the theme of St George and the Dragon (although the latter is never seen) with some local anecdotes threaded amongst the story – which has been part of Manx tradition for many years. 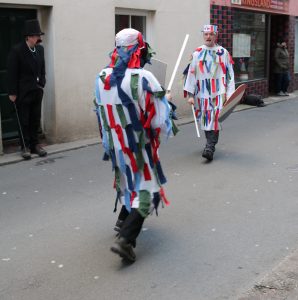 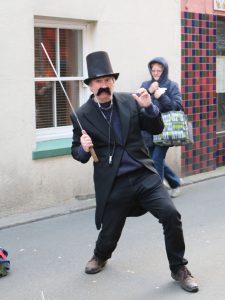 It’s a colourful street performance which amused our forefathers, but still has a place in a contemporary setting amidst busy shoppers who witness the deaths of some of the prominent characters after a mock fight, and who are miraculously revived by the contents of a small bottle from the bag of the mysterious doctor – who seeks payment in vain for his work.