↓ Skip to Main Content
Home › Uncategorized › This Tynwald Day, Give Thanks to the Manx

This Tynwald Day, Give Thanks to the Manx 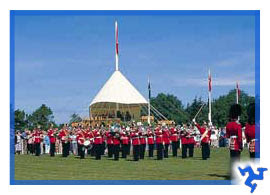 Expatriate Manx and friends of the Isle of Man have a unique opportunity to show their appreciation for Ellan Vannin this Tynwald Day, thanks to Greenlight Television.

The Manx-based company, best known for its motorsport programs, will be filming Tynwald Day celebrations on the island, and hopes to broadcast the July 5 ceremonies live over the Internet.

As part of its coverage, it would like to receive video recordings from the “Manx Diaspora” — Manx associations and friends of the island from around the world.

“This could be members saying hello to people in the Isle of Man, a recording of a previous get-together — alternatively, we’re open to ideas!” writes sales executive Kate Skinner.

“We thought it would be good to get a flavour of how the Manx National Day is celebrated further afield.”

So why not get your cameras out and make a short film sending your greetings to the Manx, with thanks.

For more information, contact kate.skinner@greenlight.tv. And check out the showreel on Greenlight’s Web site!

And thanks to Jim Kneale, president of the Greater Washington Area Manx Society, for passing on Kate’s letter. Gura mie ayd, Yamys!