↓ Skip to Main Content
Home › Uncategorized › Titanic: Behind the Legend

Titanic: Behind the Legend 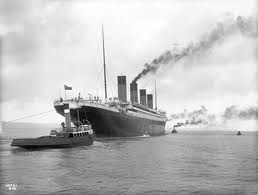 As the sinking of the Titanic continues to grip the world’s consciousness in its centennial year, people on the Isle of Man also proved to be avid followers of this tragic story, as a capacity audience filled the Manx Museum Lecture Theatre to hear invited speaker William Blair, Head of Human History, National Museums Northern Ireland, speak about the subject and to speculate on an heretofore little known possible link to the Isle of Man.
William Blair is the exhibition curator of the Titanica Exhibition at the Ulster Folk and Transport Museum, and the main thrust of his lecture was directed towards enlightening his audience about how Titanic came into being, the huge contribution its construction made to the city of Belfast and inviting his listeners to re-evaluate their views of some of the main characters in the story.
The powerful synergy between the two shipping lines Cunard and the White Star Line was to end in disaster, but such an outcome was far from the minds of those who fell under the irresistible lure of competition and victory.  Some of the key players were introduced to the audience so that we might have a better understanding of their motivation behind the project, but an eye-opener for some was just how important the shipbuilders Harland and Wolff was, and still is, to Belfast and that almost everything that ultimately formed the Titanic was created on site, with a resident workforce of approximately 15,000 people.
One of the key features of the Edwardian period was the brutal class distinction that marked everyone, but was perhaps felt most strongly by the lower classes. It’s difficult for us to appreciate the social divides which existed at that time from our twenty first century perspective, but this was brought in to sharp focus with the image of a row of simple toast racks used to demonstrate the elegance, or otherwise, of a basic item between passengers travelling in third, second and first class; although conditions in third class were quite comfortable, with the menu on Titanic proving most acceptable.
There was also a passing nod towards the ships Olympic and Britannic, equally proud vessels within the fleet, but easily forgotten in the light of the tragedy.
Time was precious and William Blair’s exploration of the topic drew on just a handful of relevant points which encouraged his audience’s awareness, perhaps satisfied the so-called ‘Titanoraks’ and more likely opened up far more questions than he answered.
An all too short question and answer session provided a brief opportunity to explore the subject further, but it was at this point that a question raised by a member of the audience brought another possible link to the Isle of Man. It was suggested that Titanic’s sea trials may have brought the vessel towards the Island, but as our speaker couldn’t shed any further light on this tantalising nugget of information, the questioner left without any further details. Perhaps somebody reading this may know more.
In the meantime if you would like to know more about the extraordinary life of Charles Joughin, Chief Baker and Titanic survivor, and a descendant of a family based on the Isle of Man, my article about this remarkable man will be published in a forthcoming edition of the Island’s lifestyle magazine Manx Life.
Valerie Caine, © April 2012
Charlie Joughin, Titanic’s chief baker, said that he had been standing near the stern when the ship went under, but he reported none of the signs of a high-angle break. No suction, no big splash, and no roller-coaster ride to the surface. He said he swam away from the ship without even getting his hair wet. Unlike in the Cameron film, there was no huge wave reported from any of the lifeboats when the stern went under. One survivor reported slipping into the water, turning around, and discovering the ship had disappeared. “He was in the water 50 feet from the ship, he heard a ‘shloop,’ and it was gone,” says Long. “That’s not what a person would remember if 25,000 tons of steel fell nearby.” From rmstitanic.net