1. Mark Cavendish got the Green Jersey (whatever that is) at the Tour of Missouri and Team Columbia came in first.

2. The Irish minister for for community, rural and Gaeltacht affairs, Eamon O’Cuiv, visited recently (as noted earlier in this blog) to check out our preservation methods for the Ould Language. Mr O’Cuiv was in for a surprise during his trip when he met a direct descendant of the British soldier who arrested his grandfather, Eamon de Valera following the Easter Uprising in Dublin in 1916. Anne Hearsey’s great-uncle Captain Edo Hitzen was captain of a platoon sent over to Dublin to quell the uprising and it was he who arrested de Valera and 117 other Irish insurgents. Over the years this proved to have some interesting consequences, especially his honorary appointment to the IRA!

Th Liverpool band “Coral” has released a new double CD including two songs recorded in the IOM, a cover of the Everley Brothers “Bye Bye Love”, and The Beautiful South’s “Everybody’s At Me.” 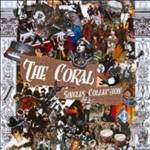