As the Sailors’ Shelter on East Quay in Peel takes on board a new lease of life, a two man art exhibition taking place later this month will provide an opportunity to study the work of two local artists.

Peter Leadley is a keen amateur artist who works mainly in watercolours, with a penchant for marine seascapes, capturing the ‘men-of-war’ and clipper ships of bygone days, Peter also paints local landscapes. He’s an active member of the Isle of Man Art Society, exhibiting regularly at their annual Easter exhibition, but has recently embarked on a new challenge. Having picked up a digital SLR camera, Peter is keen to capture the moods of the Manx landscape in a new way.

Although Vic Bates is well known for his work producing maps and motorsport photographs for publication, he also enjoys painting. Working in all types of medium, he harbours a preference for oils and watercolour. Living close to the quayside, Vic’s paintings naturally lean towards sailing vessels and the sea.
Both Peter and Vic are members of the Western (Isle of Man) Photographic Society.
The Sailors’ Shelter opened its doors in 1877, acting as a refuge for boat crews when bad weather prevented them from leaving port. For an advance payment of one shilling per quarter, members would be provided with warmth and shelter whilst whiling away the time in conversation, or playing games. 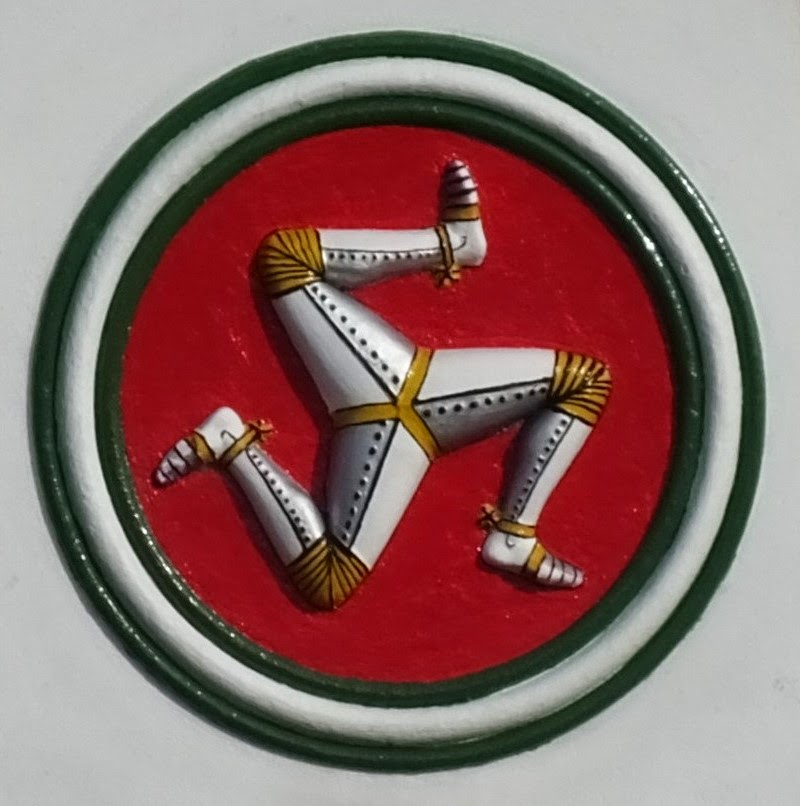 It was the then High Bailiff of Peel who first proposed the idea, and with the support of local people who attended several fundraising events, the building was erected within 34 days.
The shelter also doubled as an amenity hall for art classes, parties and lectures.
The exhibition has been organised by Peel Heritage Trust, who contributed to the building’s recent renovation, to celebrate the work and commitment of the Sailors’ Shelter Committee in their quest to refurbish this historic building.
It’s intended that the newly refurbished Sailors’ Shelter will host exhibitions and meetings for local clubs and organisations in the future.

The two man art exhibition will be open for viewing 10.30am – 4.00pm on East Quay (opposite Fenella Bridge) on the 17 – 19 April.
Admission is free.
Valerie Caine