UK Folk Duo Return to the Centenary Centre in Peel 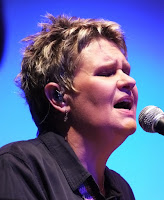 Here as part of their Autumn Tour, While and Matthews came together as a duo in 1993 when key members of the legendary folk super-group the Albion Band.

Although they have followed successful independent, solo careers, their unabated productivity has given birth to no less than ten albums as a duo.
They’ve also toured the world and have been nominated nine times in three categories of the BBC Radio 2 Folk Awards, as well as winning Best Duo category in 2009; for which they have been nominated again this year.
Unafraid to voice their beliefs in self-written songs, a sympathetic audience encouraged the duet in a synergistic partnership, which brought unabated pleasure to all those involved. 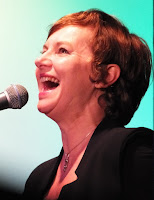 There’s a tangible rapport between the two vocalists, which fosters a seemingly effortless knack for song writing and musicianship; as well as a connection with the audience.
Both performers were members of the collective Daphne’s Flight twenty years ago, which included local singer/songwriter Christine Collister who made a special guest appearance at the Centenary Centre concert.
Valerie Caine