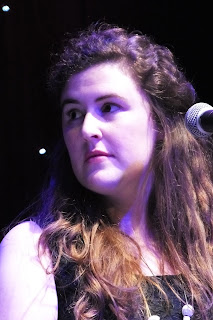 Manx Gaelic singer, Ruth Keggin, is well known for her success as both a solo performer and as part of a number of vocal groups, including Nish as Rish, Caarjyn Cooidjagh and the Ruth Keggin Band, but a recent collaboration with fellow singers from Ireland and Scotland has moved her career into a new dimension.

Re-uniting the Scottish, Irish and Manx Gaels into a successful vocal partnership, this revolutionary combination moulds all that is best from each nation’s musical heritage into something extraordinary.
In a joint effort between the Isle of Man Arts Council’s Island of Culture 2014 and PRS for Music Foundation’s Beyond Borders commissioning programme for new music, the legendary Comar and Watercolour Music Studio teamed up with Belfast’s Gaelic Arts Centre and Culture Vannin to create Aon Teanga:Un Ҫhengey. 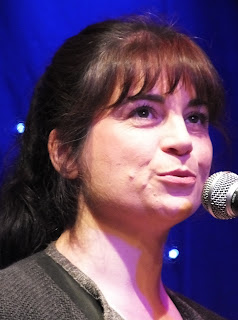 Embracing both traditional and newly composed songs, the project developed into both an album and a short tour, playing at venues in Scotland and Ireland.
But the concert at the Centenary Centre also doubled as the official launch of their much anticipated eponymous debut album.
Ruth was joined on stage by the renowned Scottish vocalist and harpist Mary Ann Kennedy, acclaimed Irish sean nós singer Eoghan Ó Ceannabháin, Vanessa Hutchinson on double bass and Clare Fiddler Ultan O’Brien.
Their stunning performance also prompted a rush for CDs, which sold rapidly during the interval.
www.aonteanga.co.uk