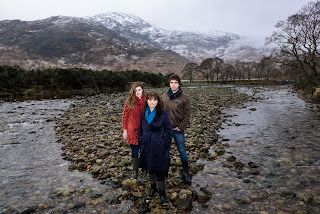 Later this month there’s an opportunity to celebrate the linguistic, musical and cultural Gaelic links as one language between the sister nations at a special Manx launch at the Centenary Centre in Peel.

This unique collaboration, bringing together expressive vocals from three of the Gaelic nations as one voice, re-unites the Scottish, Irish and Manx Gaels for the first time in centuries.
It was a chance encounter during 2013 at the legendary Watercolour Music Studios in Ardgour (co-owned by one of Scotland’s most influential musicians and broadcasters – Mary Ann Kennedy) which prompted this revolutionary expression.
Meeting the dynamic, young Manx Gaelic singer, Ruth Keggin, who had arrived to record her debut album, Sheear, Mary Ann Kennedy was introduced to the acclaimed sean nós singer, Eoghan Ó Ceannabháin, from Connemara in Ireland.
In a joint effort between the Isle of Man Arts Council’s Island of Culture  2014 and PRS for Music Foundation’s Beyond Borders commissioning programme for new music, Comar and Watercolour Music have teamed up with Belfast’s Gaelic Arts Centre and Culture Vannin to assist these young singers in their quest. 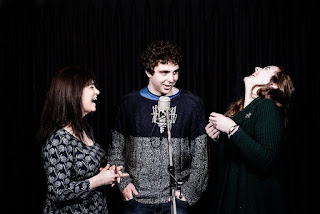 The project has developed into an album and an extensive tour, embracing both traditional and newly composed songs, with music in all three languages; and includes double bass, guitar and Clare fiddler Ultan O’Brien.
Earlier in the summer, members of Aon Teanga:Un Ҫhengey embarked on a short tour of Scotland and Ireland, playing in Dublin, Galway, Perthshire and Tobermory on the Isle of Mull.
After performing at the celebrated Lorient Interceltique Festival, they headed back up to Scotland to perform in Argyllshire, including the islands of Mull and Iona.
But the forthcoming concert at the Centenary Centre in Peel will hold a special significance, as it will double as the official launch of their much anticipated debut album.
It will also be Mary Ann Kennedy’s first visit to the Isle of Man, when she hopes to meet up with traditional singers and musicians from the Island, including Manx harpist and musician, Charles Guard; both of whom were former members of the long-standing folk group The Whistlebinkies.
The combined concert and album launch starts at 8.00pm on Friday 18 September, with tickets purchased in advance priced at £8 available from Celtic Gold, Shakti Man and Thompson Travel, or £10 on the door if not sold out.
Alternatively, they can be bought from Ruth Keggin using info@ruthkeggin.com. 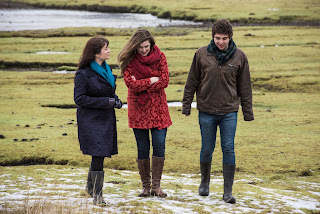 Those involved with Aon Teanga:Un Ҫhengey would also like to thank Enterprise Music Scotland and Columcille (The Columba Project) for their continued support.