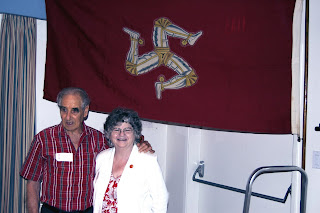 Congratulations to the VANCOUVER MANX SOCIETY which was founded on December 3rd. 1908.

To celebrate their Society’s centenary they held an event at the Scandinavian Centre in Burnaby on Tynwald Day, July 5th. It was a great success. 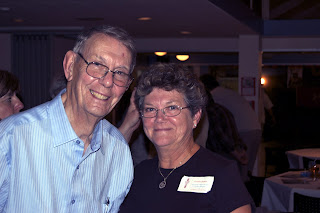 their 153 guests were Margaret and Ray Gairns whose Gregor family, way back, were among the founder members of our Society. They had folks visiting from Ottawa,Quesnel, Kamloops, Kelowna and Nanaimo. Greetings were sent to Mona Belfie – our most senior member.
Presentations were made to retiring committee members Angus Gillon, Mona Widsten and Terry McCaffrey.

The singing of “Ellan Vannin”closed a memorable evening.