Visit Peel for Fun and Nostalgia this Summer!

As the summer calendar gets into full swing, there’s plenty to do in the west of the Island with Peel Traditional Boat Weekend at the end of July followed by the perennial favourite Peel Carnival at the beginning of August.

The Compass Pipelines Peel Traditional Boat Weekend (25th – 27th July) aims to foster interest in the more traditional sailing craft, which used to be a regular sight in the Irish Sea, many of which have been lovingly restored by their dedicated owners. 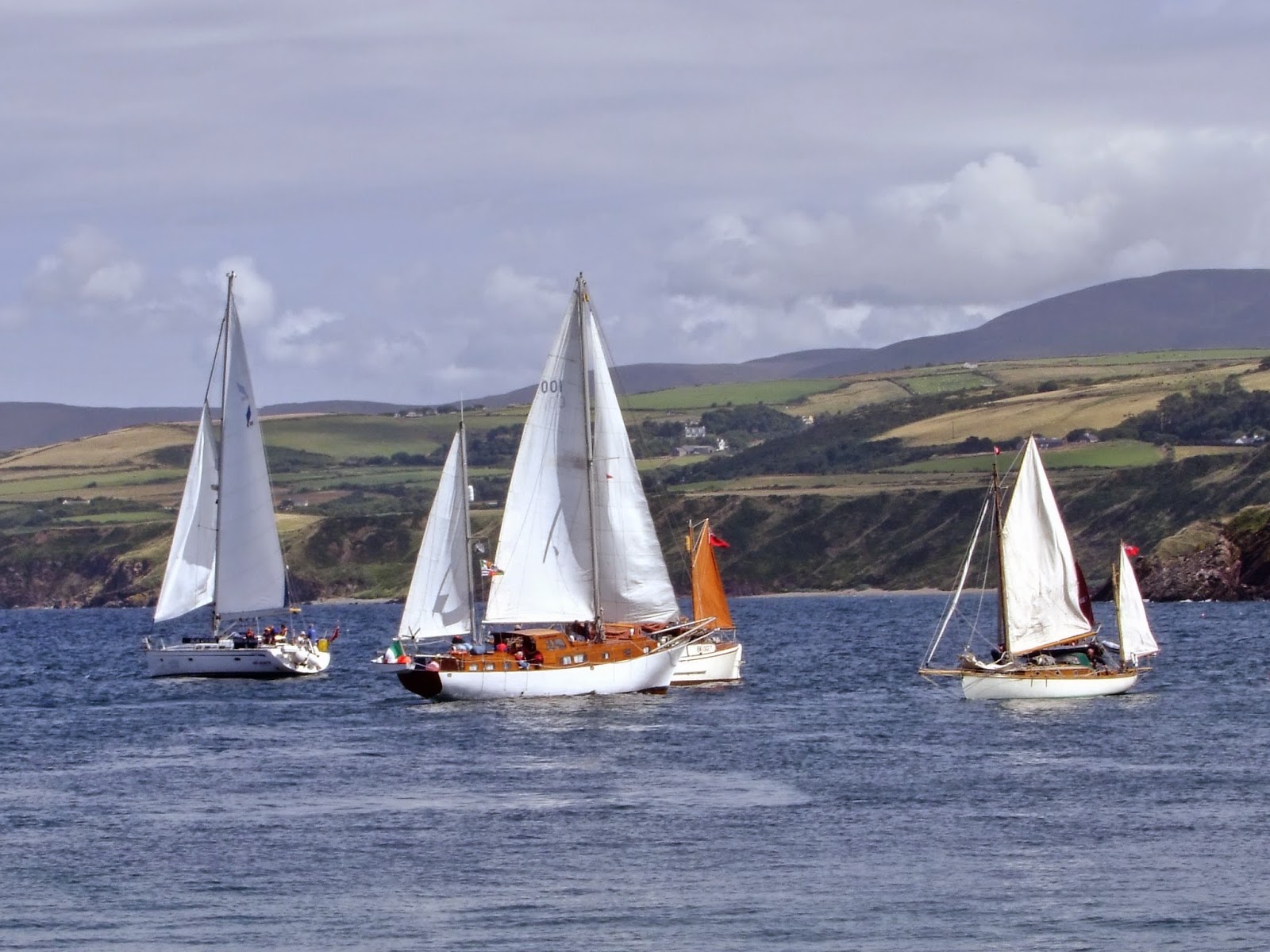 Established in 1991, it’s a great opportunity for visitors and Islanders alike to mingle amongst enthusiastic seafarers, learn more about the old boats, wander around the quayside and admire the vessels as they head gracefully into the bay for the majestic Parade of Sail.

It’s a relaxed weekend of unashamed nostalgia, which sits perfectly in the historical port of Peel with a number of other linked events taking place around the harbour; including the hotly contested ‘quick and dirty’ boat building competition.
Peel Traditional Boat Weekend has become synonymous with Manx hospitality, with organisers providing food and entertainment (including the ubiquitous kippers for breakfast) for visiting crews who visit the Island from a variety of ports around the British Isles and beyond, as well as ample time to catch up with old friends.
Meanwhile, hot on its heels will be the annual Peel Carnival which promises a whole range of events throughout the day on the 3rd August.
Reflecting this year’s theme, organisers are hoping to fill the seafront with a multitude of flags; with production well under way as we head for this year’s extravaganza.
Many regular performers will be returning, including a selection of street entertainers from the Island based Play People, providing classic street gymnastics, and the Grundy Brothers from Belfast showing their amazing talent for fire swallowing; along with street theatre and side-shows. Look out too for the hilarious Bouncy Boys who will be conducting a walkabout in shoes the size of wheelie bins! 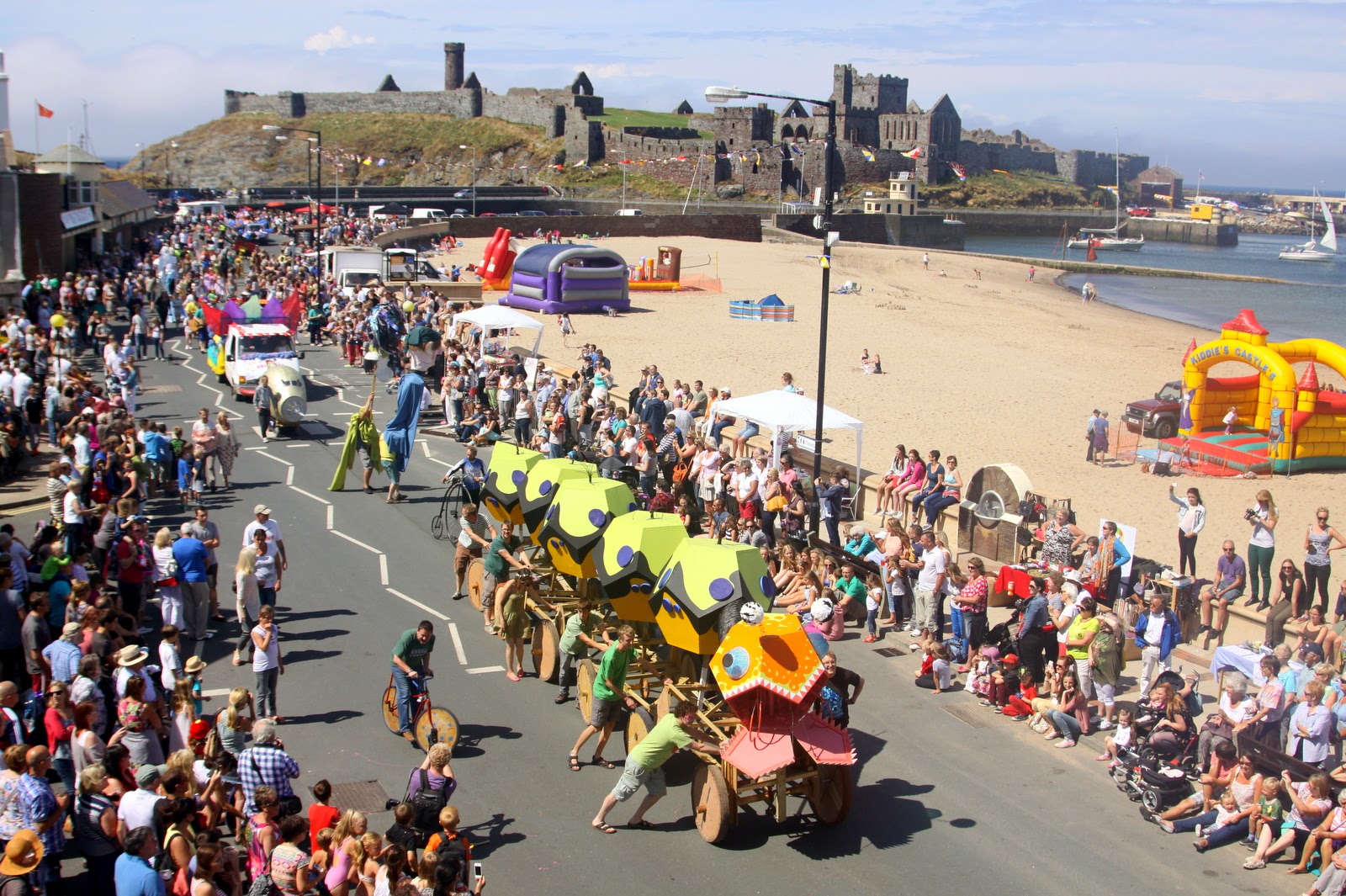 With three stages along the promenade, there’ll be music to suit all tastes from about mid-day, including the popular  up-beat Caribbean-style steel band Panfire, who make a welcome return to the Island.
The popular Grand Parade will be officially started by the Houghton Weavers, setting off from the House of Manannan at 2.00pm, led by local Latin American rhythm group Samba Mann.
It’s a great day out for all the family and will mark the end of Peel Culture Week, part of this year’s Island of Culture.
The day’s activities will close with a fire show, including eye-catching performances by jugglers on the beach, a final contribution from Panfire and a spectacular firework display.
Further details about both events available from their websites.
(Carnival photo courtesy of Tony Faragher)
www.peeltraditionalboat.org