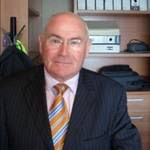 A recent visit by one of the Treasury ministers and a civil service chief to visit California and Washington on behalf of the Island’s space and finance industries is reported as a good step forward in firming up business relations between the island the the US. This comes at the same time as the island is bracing itself to see if the famously anti-offshore financial center President-Elect Obama will bite or bark at the Isle of Man. Check the article and audio clip on the Manx radio site for more details. Alex Downie, MLC (right) and Tim Craine visited Google & NASA in California prior to hosting a dinner in the Capitol Building in D.C. The visit was organized in conjunction with the Island’s Honorary Representative for Space Affairs, Christopher Stott. The island is waiting with baited breath for final details of the NASA launch to the ISS later this year in which Chris’s wife, Nicole, a NASA astronaut, will go to the space station for a long mission there.