Welsh folk super group ALAW (melody in the Welsh language) will shortly be making their debut concert on the Isle of Man at the Centenary Centre in Peel next month.

Oliver explained, “Most of our music is Welsh – Wales has a fantastic variety of distinctive and beautiful melodies. I have played on the Isle of Man with Mabon and The Devil’s Violin and always take the opportunity to have a look around and, of course, go to the pub to play some Manx tunes!”

Jamie Smith is noted as one of the UK’s finest accordionists and writers of new acoustic music, developing into a folk musician specialising in the music of the Celts; presenting rare tunes and songs from areas such as the Isle of Man and Galicia. He also fronts the international Celtic Band Jamie Smith’s Mabon, featuring his original compositions which are also available in his book Tunesmith. Jamie has now made his home in Peel on the Isle of Man, latterly playing music with the Manx trio Barrule. He commented, “I grew up playing Welsh music and it’s great to be able to share that music here in my new home. The Centenary Centre is a fantastic venue for folk music and the audience is always up for a good time.”

Dylan Fowler looks to his Welsh heritage for inspiration, but also draws upon contemporary European jazz and his extensive collaboration with musicians in India, Bulgaria, Serbia, Bosnia, Finland, Norway, Canada, Germany and Italy amongst others. He has also developed a reputation as an international solo guitarist, releasing albums on the German label Acoustic Music Records.

Oliver Wilson-Dickson, who also plays with The Devil’s Violin and Jamie Smith’s Mabon, regularly collaborates with storyteller Daniel Morden, is a well known session musician and performs in the house band on the Welsh TV programme Noson Lawen.

All of the trio have travelled to festivals and concert halls in many lands, but they are particularly excited to be playing on the Isle of Man.

Jamie added, “We like to take our audiences on a journey and include sets we have collected from our travels around the world.” 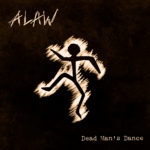 Their up and coming gig at the Centenary Centre starts at 8.00pm on the 3rd March, tickers priced at £14.00 (adults) £8.00 (under 18s/students) available from Celtic Gold, Shakti Man, Thompson Travel and Noa Bakehouse, or www.etickets.im/cc.