Who Wants to See the White Boys Act? 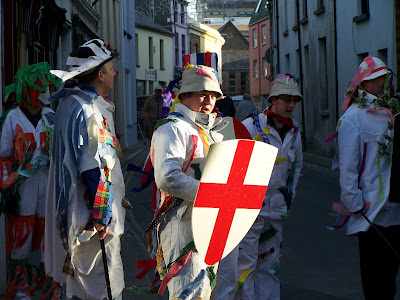 Compiled and edited by Manx cultural field worker Stephen Miller, this compendium of sources focusses purely on the activities of the locally named ‘White Boys’. They were generally groups of young boys who emerged onto the streets during the festive season with a Manx form of the Mummers’ Play, although this in itself was not exclusive to the Isle of Man.
Traditionally a male preserve, the ‘White Boys’ wore distinctive costume, which gave them their name, and performed a light-hearted version of the Legend of St George. Recognised as an Island tradition since the early nineteenth century, the play involved six swordsmen and the ever-present doctor with his mysterious rejuvenating medicine. Joseph Train in his 1845 historical account of the Isle of Man described it as a ‘rude drama’.
Undoubtedly a specialised area of study, it is a compilation of source material rather than a bibliographical listing of references, which fits aptly under the banner of Traditional Drama Research. 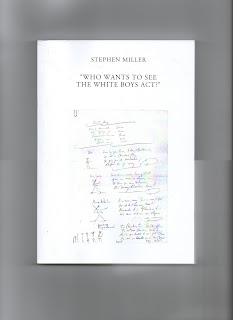 As Manx traditions ebb and flow this fine body of work will serve as a valuable document, including first-hand accounts and much historical data currently in the care of Manx National Heritage.
This book has been an extensive project, and although much of the subject has been covered here, Stephen Miller hopes that his efforts will encourage others to undertake further research.
The book is available at the Manx Museum priced £20, but for further information contact http://www.smo.uhi.ac.uk/~stephen/whiteboys/
Valerie Caine © January 2012 (Courtesy of Manx Tails)