↓ Skip to Main Content
Home › Uncategorized › Who Will be Manannan's Choice of the Year?

Who Will be Manannan's Choice of the Year?

Manannan’s Choice of the Year (Reih Bleeaney Vanannan) is an annual, cultural award made to an individual or group who made the  greatest contribution to the Island’s cultural heritage; and this is your chance to nominate a candidate for this unique award. 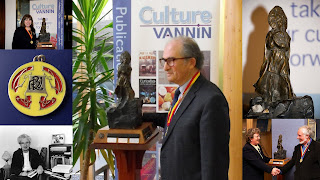 Nominees tend to be from a wide variety of backgrounds, working to promote and support the Island’s language, literature, art, music, dance, history, education and the environment, amongst others.
Last year’s accolade went to William Cain CBE TH for his voluntary work involving the conservation and protection of the wildlife and environment of the Isle of Man. He’s a former Chairman of the Manx Wildlife Trust, who worked to establish the 1990 Manx Wildlife Act and to develop the Trust into a substantial and respected organisation. 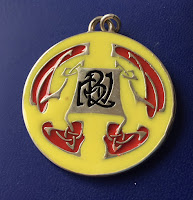 Previous winners include Clare Kilgallon (music, song and dance), the Bunscoill Ghaelgagh (language and culture), Allan Skillan (field walking and prehistory) and Maureen Costain Richards (Manx artistic heritage – including Manx crosses), which reveals the rich diversity of Manx culture.
It was cultural fieldworker, Mona Douglas, who first identified Mananan as the patron of Manx culture, and it was her work with Ellynyn ny Gael (the arts of the Gaels) which led to the development of the Mananan Trophy; subsequently revived as Manannan’s Choice of the Year.

The trophy itself was the brainchild of Manxman Stephen Quayle, with the evocative figure of the sea god Manannan positioned on a piece of Pooilvaaish marble designed by Eric Austwick. Each recipient is also awarded a medal created by Jenny Kissack, which is reproduced in silver and enamel by Celtic Gold.
Winners also receive a personal award of £500 together with an additional gift of a further £500 towards a Manx cultural cause of their choosing, donated by Culture Vannin.
Further details and nomination form available from Culture Vannin’s website – follow the links for Reih Bleeaney Vanannan on their homepage.
www.culturevannin.im
Valerie Caine