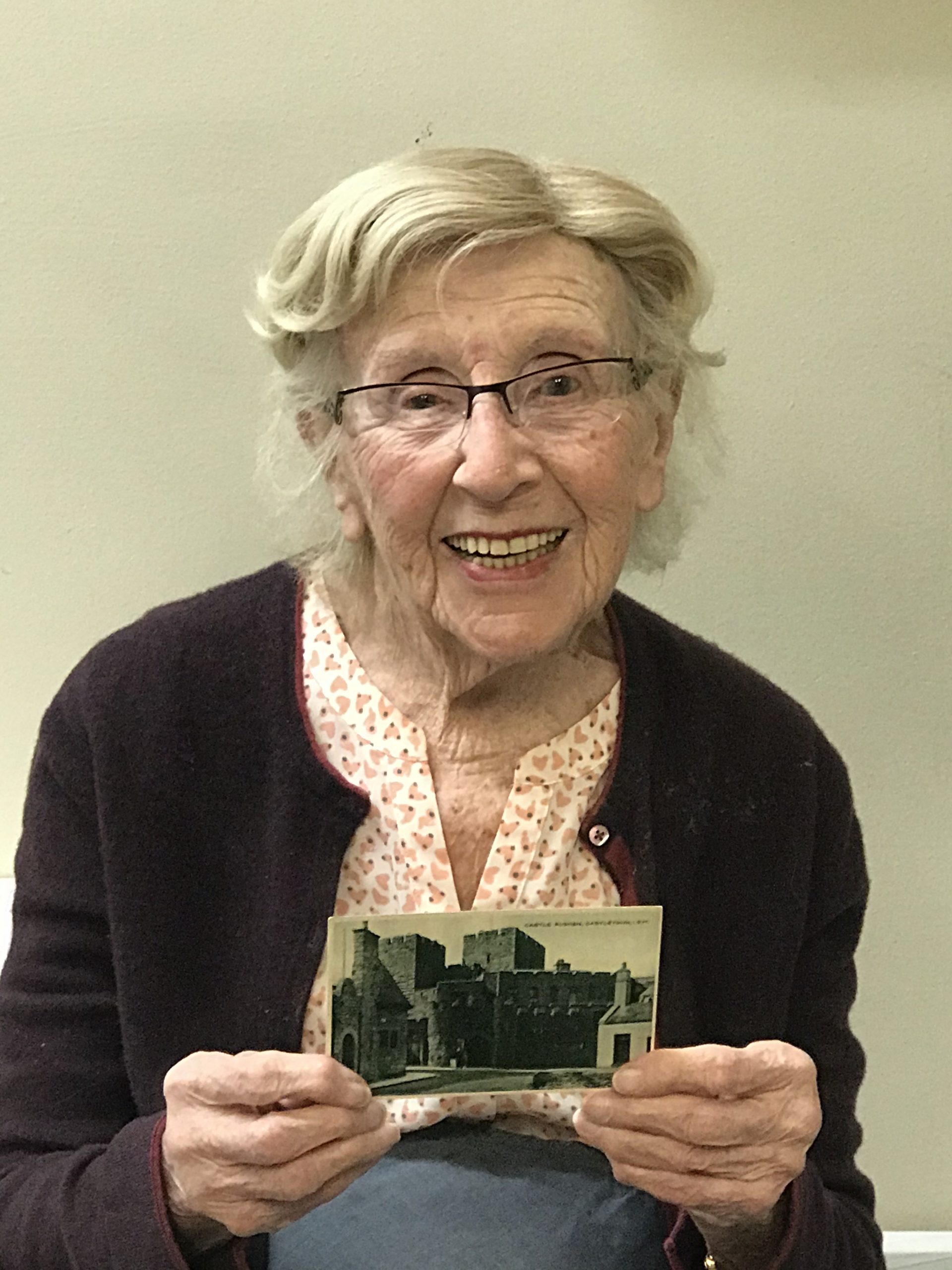 We received the following message on our Facebook page.

I found a postcard of the Castle Rushen from 1929, with a printed notice on the back announcing “On to Toronto” for the 2nd Manx Convention for members of the Chicago and Buffalo Manx Societies. It was unused, and it in very nice condition (I’m not a collector, so that’s just my opinion). At any rate, I have to use for it, but thought it might mean something to someone in your group. Would you like to have it? Just let me know, and give me an address, and I’ll get it in the mail to you as quickly as I can. Sounded interesting! Wishing you safety and health…Sue Wilson.

We wrote back and said:

Usually we would say thanks but no thanks as we have nowhere to store artifacts like this – but I think this would be a great gift to our oldest member WHO WAS AT THAT MEETING! and is 100 years old on July 1 this year. Would you be so kind as to send it to the attention of Mrs. Florence Abbinanti? Can you take a photo of you with it – we’ll get one of her with it – and we’ll send it to the IOM newspapers!

Sue was as good as her word. Then we received this photo from Florence. 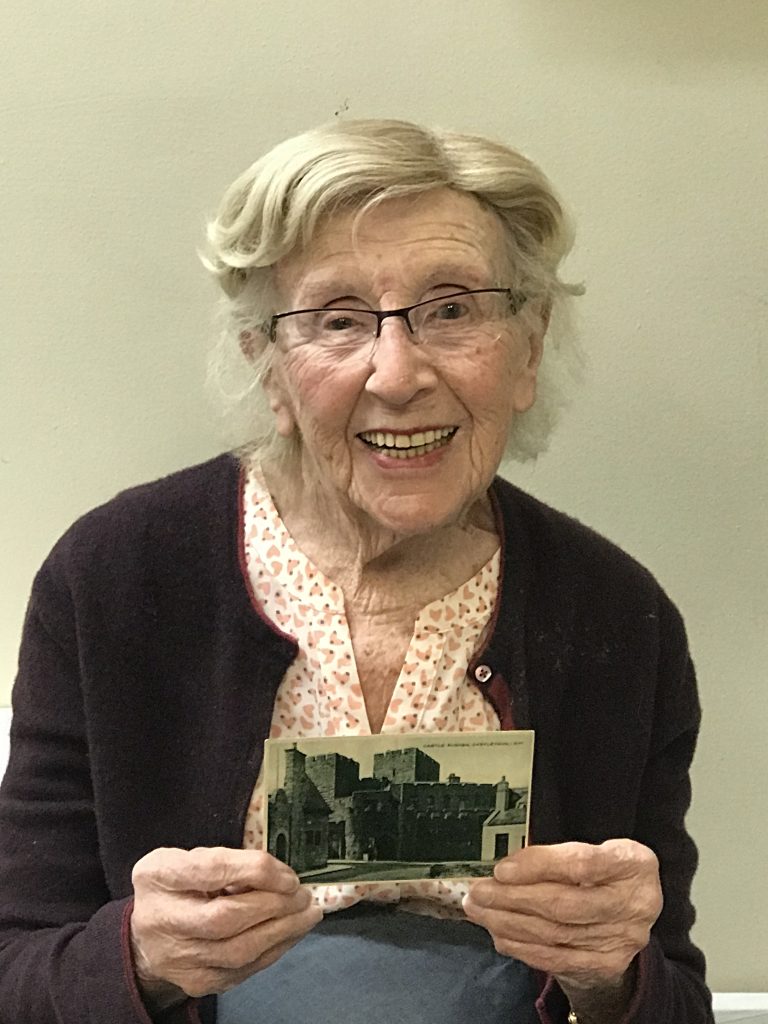 This is a photo of Florence in 1929 taken at the Isle of Man Convention! (With the late Bob Kelly, a former President of NAMA)

We’ll let Sue have the last word in this lovely story:

I was born and raised in Ohio, as were both of my parents… then moved quite often, ending up in Las Vegas, NV, for the past 10 years.  We returned to Ohio last June, and I just started actually studying our family items since we’ve been quarantined with this virus.  I’m just glad it was found while Florence was still alive and could appreciate it!  I feel like I just lived an episode of “Unsolved Mysteries”.  My friends on Facebook have told me that this was their favorite quarantine story.