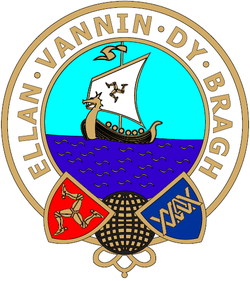 Members of the World Manx Association met in Peel recently for one of their social get-togethers in the historical Sailors’ Shelter on East Quay, with an opportunity to chat with friends and learn more about the Isle of Man.

President of the association, Leslie Hanson, had organised a presentation of a DVD written, directed and presented by Charles Guard entitled Manx Mines and Minerals – The story of mining in the Isle of Man. 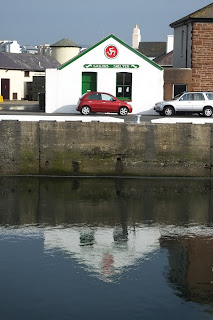 Concentrating almost exclusively on the well-known Laxey Mines, the film presentation gave an insight into the harsh realities of the local mining industry, but also captured the audience’s imagination with revelations about the almost inaccessible Bradda Mine in the south of the Island.
At the close of the film presentation, members of the organisation tucked into an extensive buffet provided by Tia’s Teaspoon, situated on Douglas Street in Peel.
New members of the World Manx Association are always welcome, with an invitation to pop along to one of their meetings for an informal chat.
Details of events can be found on their Facebook page.
Valerie Caine